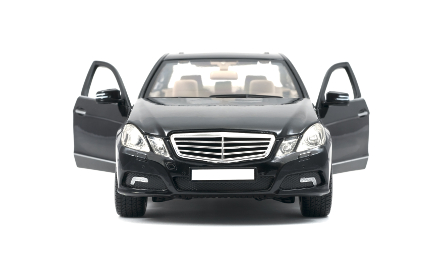 An emerging New Year’s tradition is the publication of articles featuring consumers slamming popular taxi-alternative transportation company Uber for its use of “surge pricing” on New Year’s Eve. In some cities, patrons requesting a ride during the early morning hours of January 1, 2016 were charged eight or nine times the normal rate. That’s a steep increase under any circumstances, but especially painful for the inebriated customer who may have partied too hard to fully comprehend, in the moment, the cost they were incurring.

As a consumer, I’m a big fan of Uber, having used the service when traveling in cities other than my highly-drivable hometown of Indianapolis. But as a product manager for a dynamic pricing software company, I hate the negative perception that Uber surge pricing creates around dynamic pricing in general.

Uber explains its rationale for surge pricing in simple terms of supply and demand. When the demand for rides “surges” far above the available supply of drivers, the price of a fare increases to incentivize additional drivers to go to work.  And even if the hoped-for extra drivers don’t show up, the higher prices can still bring the system back into balance, reducing demand by encouraging some customers to seek other forms of transportation. That explanation should seem rational enough to anyone whose high school education included an economics class.

However, to the customer in need of a ride, a drastic surge in price for a much-needed service feels like price gouging, which evokes a highly negative emotional response.  Nothing about a $1,100 ride feels rational when you’re the one being asked to pay!

While Uber is entitled to its own business model, here’s my problem with it: The bad press it generates every New Year’s Eve, and during times of crisis, discourages the use of dynamic pricing in other industries that need it. Fear of suffering this kind of customer backlash is common among, for example, sports clubs, entertainers, and arts organizations that don’t want to alienate their fans. And family attractions like zoos, aquariums, water parks, or museums don’t want customers blasting them on social media.

Uber’s use of dynamic pricing is, therefore, NOT recommended for most businesses trying to promote long-term customer loyalty. Fortunately, Uber-style surge pricing is not the only way to implement dynamic pricing. First, dynamic pricing doesn’t always have to be about raising prices; sometimes demand dictates that prices should be lower to achieve maximum profitability. Second, when prices go up, they don’t have to increase by whole-number multiples; it’s possible to get to the optimal price gradually, with a series of smaller increases that don’t offend the consumer—if the increases are even noticed at all.

Surge pricing may be necessary for Uber to manipulate its supply of independent-contractor drivers. But that’s not what all, or even most, dynamic pricing programs look like. There are many you don’t hear of, because there aren’t angry customers to write about!