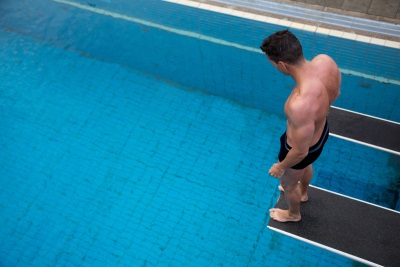 Come on in, the water’s fine. (Photo credit: Ikonoklastfotografie)

Starting out with dynamic pricing is a bit like learning to swim. Remember when you were little and wanted to jump into the pool for the first time, but you just couldn’t bring yourself to do it? Your parents or friends would start you out slowly…and as you learned to swim, you would gradually progress into the deep end. And then you were ready to dive into the deep end, and it was great!

Live Nation President and CEO Michael Rapino recently called for more aggressive pricing in the entertainment industry, including dynamic pricing. “We have to start pricing the house to match the market”, he said, because “we’re only scratching the surface of the opportunity for the artist.”

He’s correct that primary market prices often fail to capture the true value of tickets that is only realized on the secondary market. But what if promoters just can’t bring themselves to jump into the deep end with dynamic pricing? Is there a way to wade into it cautiously, without diving in headfirst?

In fact, there are several good ways (but also some bad ways) to test the waters. Here are some that we have recommended to clients:

We’ve heard other suggestions of ways to start slowly with dynamic pricing, but some of them don’t make sense. For example:

Without dynamic pricing, promoters are left to guess at the right price for a ticket, and let the secondary market sort out its true value. But why shouldn’t the full value of that ticket be realized by the artist—who creates the value—instead of by resellers? So start wading into dynamic pricing, and progress gradually to the deep end. The water’s fine.